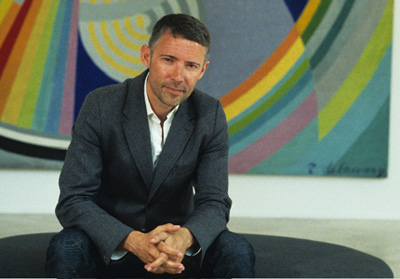 Pascal Rousseau contributed his essay Under the Influence  Hypnosis as a New Medium for the (d)OCUMENTA 13 series 100 Notes, 100 Thoughts. In his notebook, philosopher Pascal Rousseau uses the medium of hypnosis and an account of its followers to draw a line from the fin de siècle to the beginning of the twenty-first century. At the moment, hypnosis is applied by various contemporary artists and cultural producers as a neo-conceptual method that transcends the polarity of active-passive and reflects on the historical roots of hypnosis. The opinions of the historic prime fathers of hypnosis, like Arthur d’Anglemont (1821–1898), Paul Souriau (1852–1926), and Jean-Martin Charcot (1825–1893), are commented on and discussed in regard to contemporary hypnosis practices in art. As a paradoxical state of being awake, hypnosis influences the creative imagination and the self-perception of its subjects. For more then 120 years it has hovered, as artistic practice and “paradoxical sleep,” between identity, collectivity, and utopia.