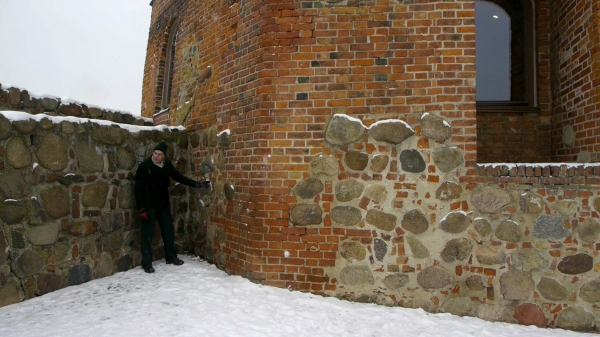 The first day of the series will focus on the artists’ relationship with institutional and informal public spaces. Institutional critique and deconstruction of the white cube has remained a topical issue since the early 70s, and has been adopted as an artistic strategy by a number of artists. Still, it is uncertain whether imperceptible, intimate one-man interventions into public spaces unquestionably becomes an act of deconstruction of the white-cube or institutional critique. Perhaps these micro-interventions “simply” make us more aware of our environment and its rich surfaces? What meanings do these interventions acquire after they enter white gallery spaces in the form of documentation, and what did they communicate when they were quietly filling the cracks of the city’s brick walls?

Mark Wayman uses voice and physical gestures to direct the audience’s attention toward walls, surfaces, objects or scenes. By such means he projects spaces back onto themselves, in the process constructing shifts in time or location. The work is thus experienced as a layering of spaces; the physical space and conceptualised versions of it. The mind fluctuates between these; looking at something real one moment, hearing a verbal description of it the next, recalling what was seen and heard previously and discovering structures in their interplay. The viewer re-evaluates the location. Non-spaces become curious and activated, filled with unconsidered histories and new perspectives.   He has made pieces for many diverse locations, including walls, ceilings, rivers, hedges, gaps under floors, towers, paths, fire station, occupied square, Olympic site. These have taken place in cities such as London, Edinburgh, Hamburg, Belfast, and Amsterdam.

For this event he will make the Gediminas Tower disappear.

In the auditorium of the National Gallery of Art, Vilnius, Czech artist Jiří Kovanda will present his early and recent works in public spaces. The artist organised his first performances and interventions in Prague in the mid-1970’s. He was wearing everyday clothes, while performing and using regular materials and objects found on the street or nearby for his installations. The works were recorded through photography and short texts. In the 1980’s Kovanda turned to painting and collage, however since the beginning of the 21st century he is creating installations and performances again.

Image: Mark Wayman performance in Vilnius, 8 December 2012. This performance is part of the Three Uses of the Knife program. 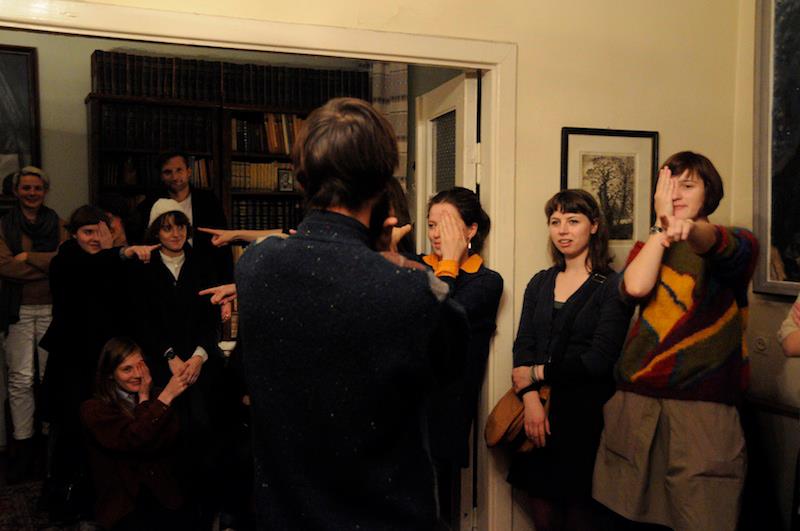 The second event of the Three Uses of the Knife series will invote to discuss around artistic practices in sensitive social contexts and rural areas. The event will take place on 14 December 4 p.m. in the Auditorium of the National Gallery of Art were Irmeli Kokko (FI), Juozas Laivys (LT) and Aušra Trakšelytė (LT) will share their researches and experiences around the topic.

The second day of the series will continue the subject of communities by reflecting upon the relationship between the artist and the community in the periphery. After moving into remote spots out in the country to live and/or work, artists encounter different types of communities and context. The artist-community relationship is in constant change, as mutual exchanges and influences are produced. Remote artists’ initiatives aren’t easily recorded and generalized; therefore, they often remain marginalized in the global art game. Doesn’t changing the local context influence the global one?

Irmeli Kokko will discuss contemporary residencies, the aspects of rural and urban models, and the meanings and practices related on both. Accroding to Kokko, “In Europe travelling has been an integral part of artists’ occupation. Exile, inspiration, better working conditions, money, innovations, coming together with other artists have been an integral part of the history of artists’ travels and communities. Currently, residencies form a manifold, worldwide base for artists and cultural mediators to travel, to work and to network locally and internationally. From the historical perspective the idea of artists residencies has gone through a transformation from rural artists’ colonies to urban artists’ gatherings and communities.”

Juozas Laivys and Aušra Trakšelytė will present performances by Laivys since his moving to a small village Norvaišiai to present day. 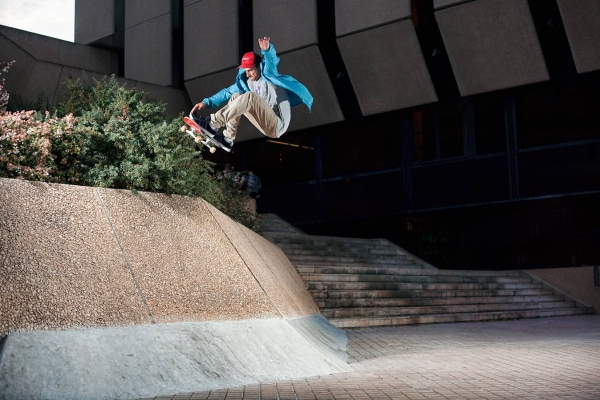 The third and the last day of the series introduces forms of collaboration between the artist and subculture. By analysing particular artist projects and initiatives it approaches questions such as – how subculture is formed? What parallel maps does it draw within the territory of the city? How does the subculture become art and extend its boundaries? Is the artist involved into subculture change its worldview or visa versa?

The event will start with a screening of the „Species of Spaces in Skateboarding“ film by  French artist Raphaël Zarka, constructed of around 40 video films made between 1964 and 2006 that feature skateboarders. The screening will be followed by a virtual conversation between Raphaël Zarka and Gintaras Didžiapetris.